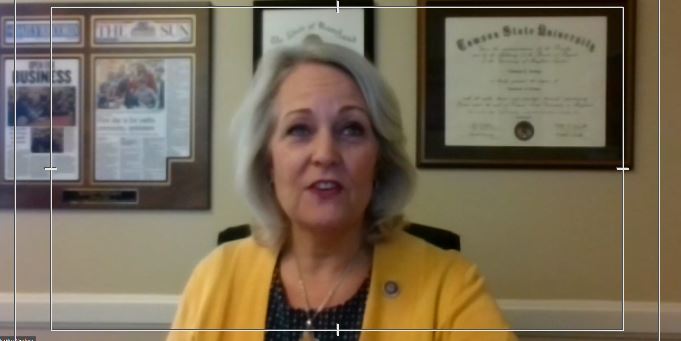 ANNAPOLIS, Md. (WDVM) — Fighting crime has been on the minds of Republicans in the house of delegates in Annapolis today.

This, just as there was a shooting on the parking lot of a public school in Catonsville, around Baltimore. The house minority caucus held a hearing on public safety priorities. They want police to have all the resources they need to keep communities safe and stop violent crime. and they are determined to reverse the trend at the State House they regard as “anti-police” in public policy

‘As Maryland continues to struggle to bring this violent crime crisis under control,” said Delegate Kathy Szeliga [(R) Baltimore and Harford counties] “citizens in Maryland are counting on our public safety professionals to have all the tools and information possible to keep our communities safe

Before the start of this session of the General Assembly, Gov. Hogan proposed a half-billion-dollar anti-crime package. Unfortunately, about $220 million of that proposal is for higher pay for law enforcement.

Trending Topics: Rihanna To Help Designers Get Phresh On The Runway

Chicken wings and guacamole will cost less this year

Restaurants in Little Italy to reopen with new management, names