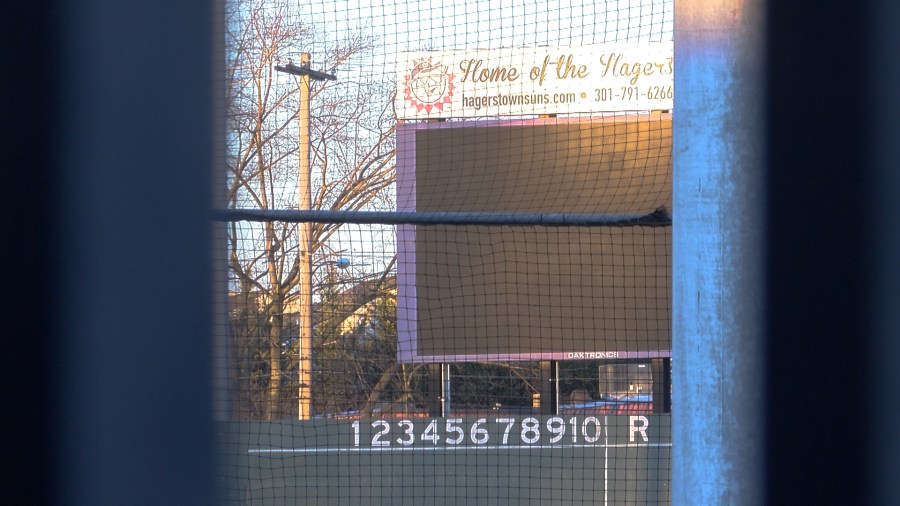 HAGERSTOWN, Md. (WDVM) — How much would you pay to hold onto a piece of local history? The beloved Hagerstown Municipal Stadium is coming down after the city’s new baseball team declined to use the stadium before their new facilities are built. But you can possibly keep a piece of the Municipal Stadium with you forever.

As the demolition of the stadium gets closer, city officials debated what to do with the rubble, and — due to popular demand — how much of it should be up for auction. Especially since the city can save money by repurposing the parts or by selling them to the demolition contractor.

“If you could use something in City Park, we’ll take something for that and use it for that, but then everything else — the salvage value goes to the contractor,” said Rodney Tissue, Hagerstown’s city engineer.

In the end, the council members decided that only the stadium’s seats would be up for auction. Not only to save money but also to save time, as the officials didn’t want to delay the project by auctioning off too many things like has been done in other recent demolitions.

“They did a fundraiser and sold bricks. We don’t want to get into that,” said Scott Nicewarner, the city administrator.

The council decided that the auction will be held online, as a way to make sure everyone has a chance to buy a memento from the stadium. Hagerstown officials plan for the demolition to start in March and be complete by the summer, and for the auction to take place over the next several weeks.