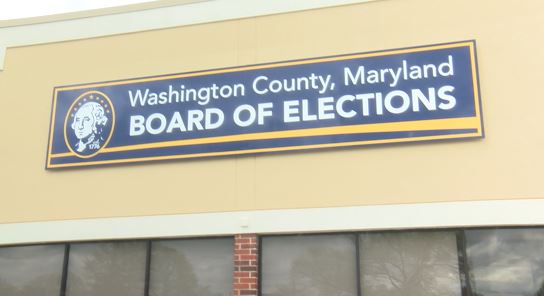 WASHINGTON COUNTY, Md. (WDVM) — More changes may be coming to Washington County’s early voting locations and polling places ahead of the primary elections.

The Washington County Board of Elections is considering moving from the current alternate early voting location from the Hagerstown Regional Airport fire station to the Maugansville Ruritan Club.


FCPS announces new Student Member of the Board of Education

The board says the site has never before been used.

At the Feb. 8 meeting, the Washington County Board of Elections will consider the changes that will affect polling places in the county.

“State law requires that we have an alternate early voting site so that in case of emergency or whatever might occur that we are not able to use one of our current early voting sites will have a backup that we can go to,” said Barry Jackson, deputy director for the Washington County Board of Elections.

“The Maugansville Ruritan is already a current polling place. For us on Election Day. And they had volunteered to use it as an ultimate early voting site, and it’s a good facility good venue for holding an election,” said Jackson.

“Due to the 2020 decennial census, the legislative districts have changed a little bit. District one c has moved a little to the east. Some precincts that used to be in district 2-A are now in 1-C. There might be some minor changes to some of the precincts,” said Jackson.