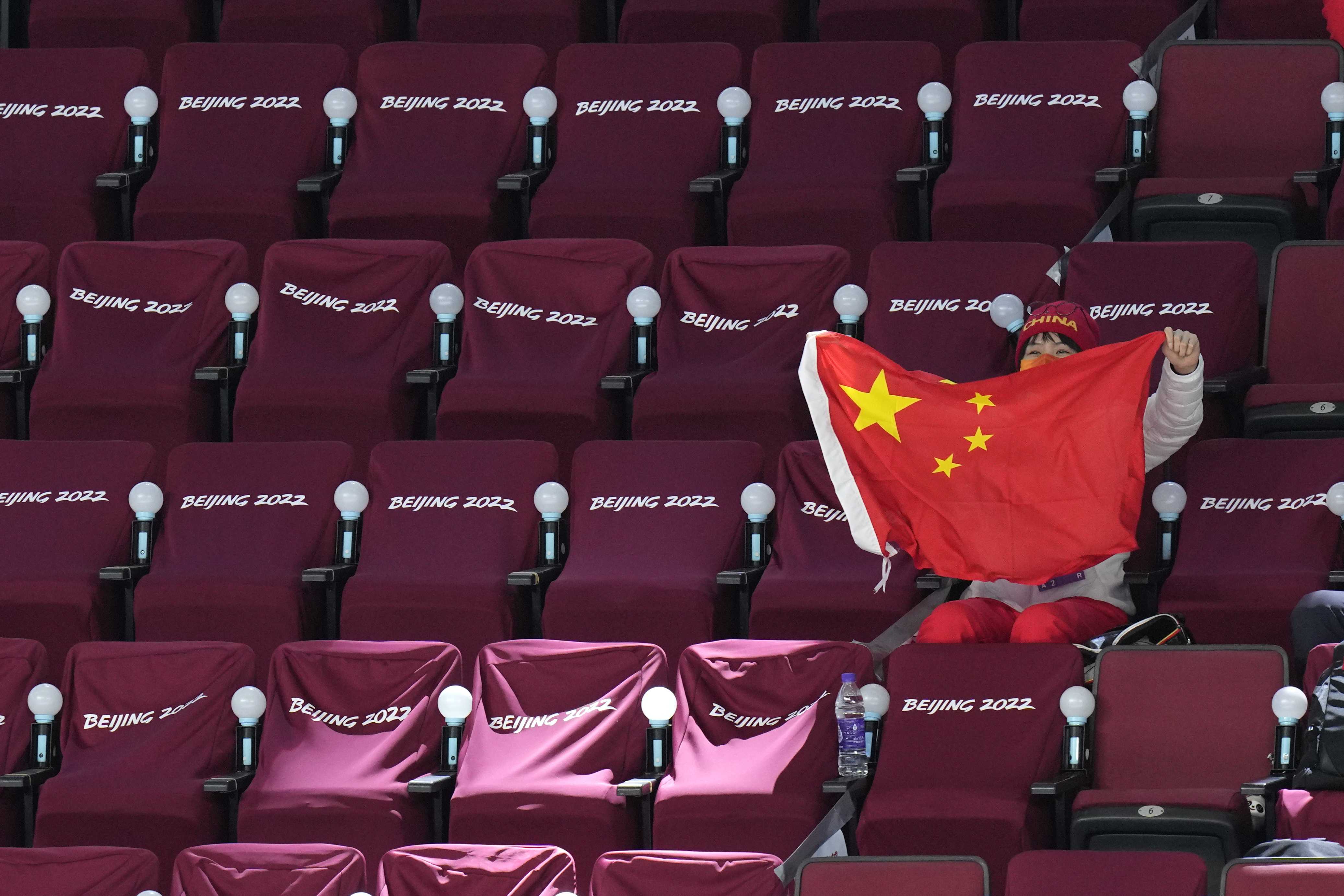 Behind barrier fences, in socially distanced stadium seating or outside in below-freezing temperatures, these are an unusual Olympics for fans and spectators at these second pandemic-era Games.

Beijing’s Olympic village and all the competition venues are cut off from the surrounding city by fences and barriers, a so-called “closed loop” aimed at keeping athletes, coaches, journalists, Games staff and volunteers separated from Beijing locals. It’s all part of the strict COVID protocols imposed by the country where the coronavirus first emerged but claims some of the lowest death and infection rates in the world.

Judging by a series of images captured by Associated Press photographers over the first few days of the Games, the pandemic measures don’t appear to have dimmed the enthusiasm of the most faithful fans.

Inside the loop, rows of spectators occupy every other seat to maintain social distance as they wait for the start of the men’s singles short program at figure skating competition on Friday morning.

Suspicious envelope found at US Embassy in Spain amid probe

Biden hosts Macron amid friction over US climate law

Dwayne “The Rock” Johnson returns to convenience store to right past…

India well-placed to mediate in Ukraine war- The New…