There’s no denying the growth of healthtech globally over the past three years thanks to the pandemic. The event has accelerated the use of telemedicine, virtual care, and drug delivery, thus fuelling investor interest in the sector.

Investment has also trickled down to Africa, with large checks going into growth-stage startups. Lagos- and Texas-based digital healthcare provider Reliance Health is the latest beneficiary and is doing so in grand style, raising $40 million. The Series B round is the largest of its kind in African healthtech.

Reports say healthtech in Africa should reach a market value of over US$11 billion by 2025 and Reliance Health is looking to play a pivotal role in the continent reaching that capitalization.

The company was founded in 2016 by Femi Kuti, Opeyemi Olumekun and Matthew Mayaki. It uses an integrated process to provide health insurance and telemedicine via partnerships with hospitals and healthcare facilities.

“Our mission is super simple. I mean, the definition is simple, but the execution is sometimes more difficult than that,” said chief executive Kuti to TechCrunch on a call. “So essentially what we’re trying to do is to use technology to make quality health care accessible and affordable in emerging markets.”

Kuti’s comments highlight critical issues with healthcare in Nigeria: accessibility and affordability. In Nigeria and some emerging markets, it’s common for people to take healthcare for granted. No metrics are in place to guarantee the optimality of healthcare when used, so people tend to accept whatever healthcare is available.

In terms of pricing, hospitals haven’t found a way to charge patients not necessarily at the cheapest fee possible but using price points the general public can comfortably afford.

Reliance Health has bundled both vital concepts so that users can get access to an integrated suite of healthcare products via subscriptions. Some of that healthcare is provided by Reliance Health directly– through its telemedicine platform, drug delivery system, and two clinics based in Lagos, Nigeria. Others are via third-party provider partners: hospitals, diagnostic centres and pharmaceutical centres.

In 2015, the three co-founders launched Kangpe, a telemedicine-focused startup in Nigeria with a “doctor in your pocket” slogan. But a year into running the business and realizing how early the market was and the systemic follow-up gaps and processes that existed, they pivoted to Reliance.

“Back then, for example, if a patient chats with this doctor and he recommends an x-ray checkup or after that, a surgery, what happens next?” he queried. “We weren’t able to manage all those [end-to-end] processes and that necessitated sort of a soft pivot from the whole telemedicine focus thing to this integrated healthcare provider that we’re doing today.”

Reliance Health operates business-to-business and business-to-customers models. RelianceHMO is the company’s health insurance plan for both sets of customers where individuals can select monthly, quarterly or yearly health plans ranging from ₦3,500 (~$7.00) to ₦148,500 (~$297.00). On the other hand, businesses can make subscriptions on behalf of their employees, which Kuti said are slightly cheaper than plans used by retail customers.

Over 200,000 individuals in total from both models use Reliance Health. But the platform has seen the most stickiness with its business customers. The platform serves 600 of them, including Biersdorf Nivea, Jumia and PwC, while maintaining an attributable intention rate of 99%, said Femi.

With an app, these customers can chat with a doctor, find healthcare providers near them to visit or get medications from and manage the delivery of their drugs. Based on frequent usage, Femi said Reliance, for instance, could suggest lifestyle changes if a customer was diagnosed with diabetes and make hospital referrals if a user spent hours on the line at his last visit to the clinic.

“Essentially, what we try to do is to get guide people to the best option in terms of the care that we can receive,” he said. “And regardless of that option is provided by a third-party partner or us, we are more concerned with how we work with the customer to guide them to the best option when it comes to accessing the healthcare data.” 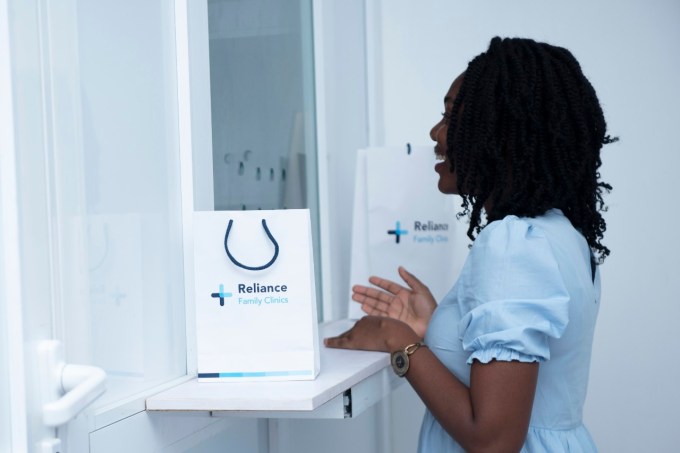 The six-year-old startup said it has averaged a 3.5x year-over-year revenue growth from 2016. The new round of funding led by General Atlantic will fuel this continued growth. It is the first investment made by the U.S.-based growth equity investor in Africa, adding to the growing list of first-time investors leading growth rounds in the last two years, such as FTX, Avenir, SVB Capital and Fidelity.

“General Atlantic is thrilled to announce our first technology investment in Africa in Reliance Health, backing a team focused on improving healthcare quality for millions of patients in Nigeria and abroad,” said Chris Caulkin, the managing director of General Atlantic and head of EMEA Technology in a statement.

“We have been consistently impressed by Femi and Ope, who exemplify the entrepreneurialism and innovation we see across the African continent.”

This investment is coming two years after the company’s $6 million Series A in January 2020. Reliance previously raised a $2 million seed round months post-YC in 2017. Investors in both rounds include Partech, Y Combinator, Golden Palm Investments, Ventures Platform, Lofty Inc– and Tencent and Picus, who have participated in the three rounds totalling $48 million.

The chief executive said Reliance Health plans to use a part of the funding to build two more clinic facilities in two Nigerian cities, Abuja and Port Harcourt. Reliance Health also intends to hire talent and scale new product lines, especially for Nigerians in the diaspora.

The healthtech company will expand into new markets. Egypt is top of that list, with Reliance Health already hiring a country manager to launch by mid this year. Kuti adds that the company will enter two or three countries before the year runs out.

After years of government- and donor-backed funding initiatives, venture capital in African healthtech is picking up. In 2020, healthtech startups across the continent raised less than $100 million, but that number increased to $370 million last year, according to reports on the African VC landscape.

While the sector still makes up less than 10% of total funding, big rounds over the last two years from startups such as Vezeeta, Helium Health, 54gene, mPharma, Africa Health Holdings and now Reliance Health mean African healthtech is coming of age buoyed by market drivers such as the pandemic, population size, data analytics, and consumer-centricity.

Source: Meta is selling US corporate bonds for the first time, possibly between $8B…

How to approach building your first employee benefits package – TechCrunch