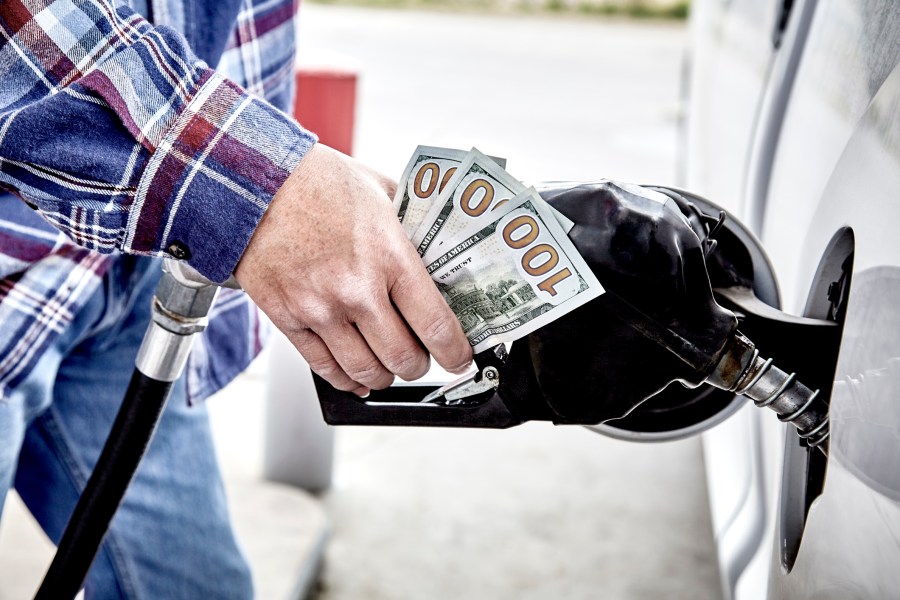 (NEXSTAR) – Drivers hoping to save their credit cards a beating at the pump this month saw the opposite Monday when the average price reached $3.44, the highest mark since 2014.

Several factors are combining to make a bleak start to the year even worse in February, according to the American Automobile Association (AAA).

The cold weather and fears that Russia might withhold crude oil in response to potential sanctions, sent the price of oil above $90 per barrel – $30 higher than it was in August 2021.

“This shows how events on the other side of the globe can have a noticeable impact right here in the U.S,” said Andrew Gross, AAA spokesperson. “And unfortunately for drivers, they are reminded of this by higher prices at the pump.”

The national average – which jumped by 14 cents in the past month alone – was nearly $1 cheaper at this time last year, according to AAA. Not one state was under $3 per gallon on average Monday, with Mississippi, the cheapest, at $3.085.


Why do I owe taxes this year? Here’s 3 common reasons

Patrick De Haan, head of petroleum analysis at GasBuddy, says that despite the spike, gas prices should actually go down by a few cents this week, however, thanks to a phenomenon known as price cycling.

As for who is to blame for the rising prices, De Haan cautions against believing political spin, tweeting, “any politician that suggests that they can stop gas prices from moving is at best uneducated and at worst lying to you.”

De Hann told Nexstar that the specter of a $4-a-gallon national average by Memorial Day appears more likely thanks to the current Russia-Ukraine tension, at least right now.

If there’s any hope for cheaper gas, it could potentially happen around mid or late summer, De Haan said, adding that the number of combining factors make firm predictions tough at the moment.

As of Monday, the top ten cheapest states according to AAA were:

The top ten most expensive (including Washington D.C.) were:

Powerball jackpot grows to $747 million after no winner

What is endometriosis? What symptoms should I watch for?

Putin Promises Victory in Ukraine as His Forces Strike…