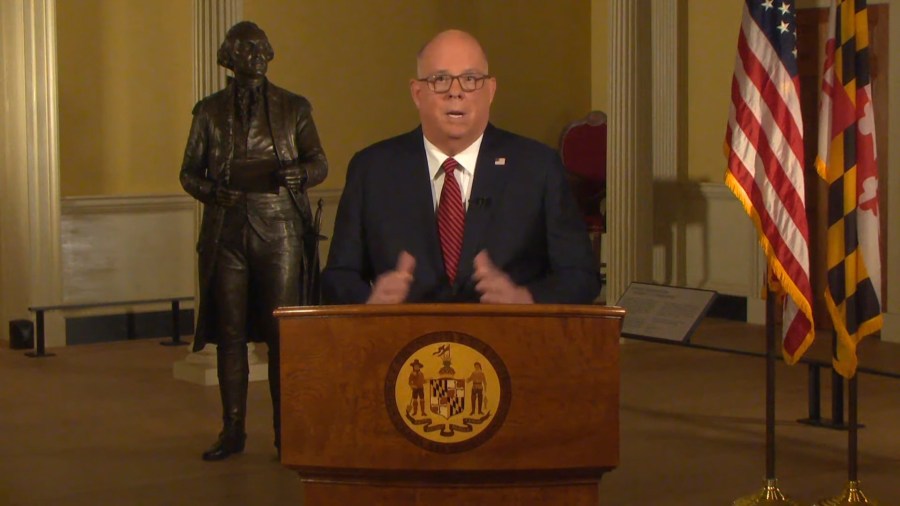 ANNAPOLIS, Md. (WDVM) – In his final State of the State address as Governor, Larry Hogan is telling Marylanders that things are “changing for the better.”

Hogan is upbeat about Maryland’s future. He took pride in his address about navigating a public health crisis, surviving with a strong economy.

Said the governor, “Our fiscal health and our economy are stronger than they have been in decades. but changing Maryland for the better means continuing to help the working families and seniors on a fixed income who are getting squeezed by inflation and higher costs,”

But lawmakers want to see results translate directly for their constituents

Said Delegate Linda Foley (D – Montgomery County), “in my district transportation is a very important issue. particularly as it relates to public transportation.”

Delegate Brooke Lierman is garnering support for her run to be Maryland’s next state comptroller and also wants those results delivered back home.

“What are we going to do to take care of the environment to create healthy environments for our children our families in addition to of course supporting our small businesses as they continue to suffer as well some of the effects from the pandemic?” asked Delegate Brooke Lierman (D – Baltimore City)

But, said the governor, communities must be safe firsthand

“Homicides and violent crime waves are surging in nearly every major city all across the country,” Hogan said. “and the violence terrorizing our neighborhoods and cities is made worse by divisive politics and the denomination of the dedicated men and women who risk their lives every day to keep us safe.

Delegate Foley is totally on board with that.

We had three instances of ghost guns in just one week in and around schools. one of them was a very, very serious incident. and so you know we have to ban these ghost guns,” said Foley.

“It’s still a really challenging time for many communities and families around the state we want to make sure that our small businesses are able to keep opening their doors,” said Lierman.

The General Assembly will have until April to act on the governor’s proposals.

Man dead after Delaware carjackings, shootouts, pursuit on I-95

Macron and I will continue to work together to hold…