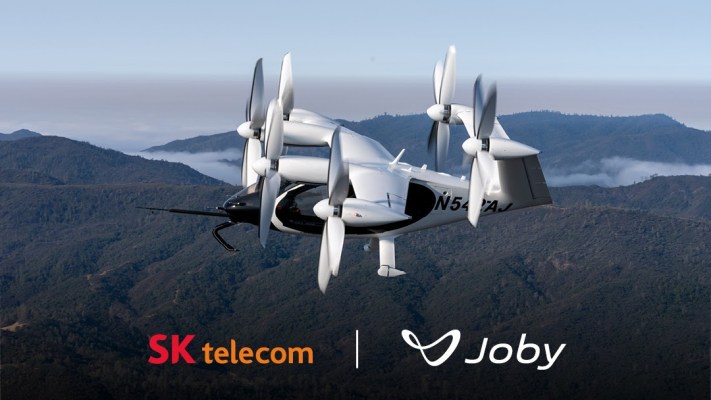 Joby and Uber’s history goes back to 2019 when the two joined forces to boost Uber’s plans to launch an urban air taxi service. In 2020, Uber invest $50 million in Joby’s Series C, plus an additional $75 million in a transaction that included the acquisition of Uber Elevate, Uber’s aerial ride-sharing unit, by Joby and an expansion of their partnership. As a result of these partnerships, Joby’s ride-sharing services will be offered to passengers through either the Joby or the Uber app when it launches in U.S. markets. It is therefore likely that South Korean users will see a similar app integration with UT.

Neither SKT nor Joby shared when or where they plan to launch the air taxi service, but a statement released by the companies expresses support of the South Korean Ministry of Land, Infrastructure and Transport’s Korean Urban Air Mobility (K-UAM) Roadmap, which sets a goal of commercializing limited UAM services by 2025 in order to reduce traffic congestion in major cities. The plan is to begin with one or two routes in the Seoul metropolitan area and get up to 10 air taxi terminals by the end of the decade, all of which would connect to local buses, subways and other forms of mobility.

SKT is a member of “UAM Team Korea,” a government-led consortium of private sector stakeholders, like Hyundai, Korean Air and Incheon International Airport Corporation, to push for the early stabilization of domestic UAM.

“With more than 42 million people living in urban areas, South Korea offers a remarkable opportunity for Joby to make air travel a part of daily life, helping people to save time while reducing their carbon footprint,” said JoeBen Bevirt, CEO of Joby, in a statement.

Even as Joby makes moves in South Korea, the company is targeting opportunities at home. Just last week, TechCrunch reported that Joby is seeking permission for a series of air taxi flights over San Francisco Bay to test its second-gen pre-production prototype, the S4, which has a max range of 150 miles and a top speed of 200 miles per hour. The company also claims it has a low noise profile that would allow it to access built-up areas.

An interview with Max Levchin on Affirm, the US CFPB's inquiry into BNPL…