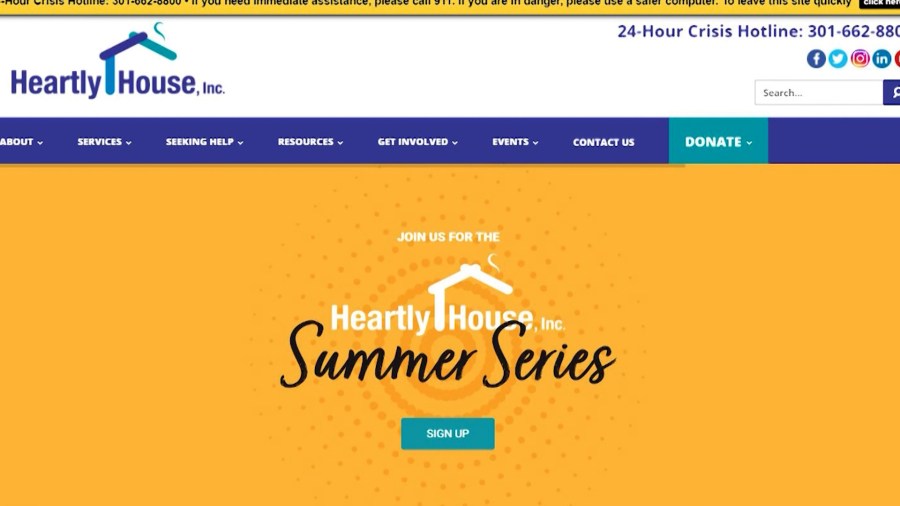 FREDERICK, Md. (WDVM) — After 40 years of providing counseling and services to domestic violence victims in Frederick, the Heartly House organization is starting to expand its services all around Frederick County.

President and Executive Director Inga James told WDVM25 that the organization is currently taking the necessary steps to establish satellite offices outside of the city.

The city of Frederick has a population of more than 70,000 people but the county’s population is nearly 260,00 people which means there is a big portion of victims who aren’t receiving the support they need.

“It’s very important for us to be able to serve the entire county — most of the people that come to us are from Frederick city, so there are a whole lot more people living out in the county… it’s about time we used some resources to go to them,” President Inga James explained. “Because we know domestic violence is happening, we know sexual assault is happening and we want to make it as easy as possible for people to get help from us.”

The Heartly House has served more than 60 victims per year across the city of Frederick.

Ratchet mom cusses out reporters after her son shoots another student at school & forces lock down.

Chicken wings and guacamole will cost less this year

Restaurants in Little Italy to reopen with new management, names