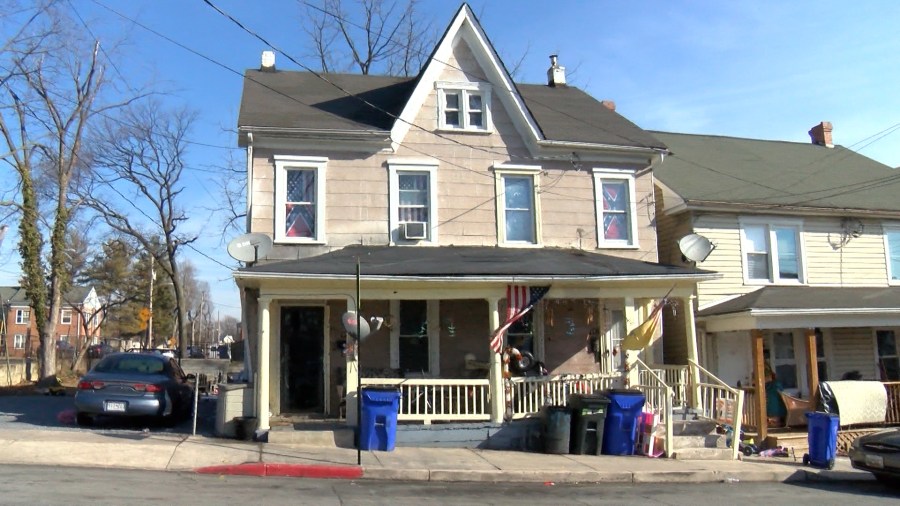 HAGERSTOWN, Md. (WDVM) — The Jonathan Street Corridor holds significant meaning and has a deep-rooted history in the African American community in Hagerstown. But one home in the area has been the cause of recent concern.

Last June, Jeannie White moved into a home in the Jonathan Street Corridor and had not heard of any criticism of the Confederate flags, or what she calls the Rebel flags, in her windows. But others are not as pleased to see them displayed in the area.

“I see that flag all the time, and I think it’s an insult. This [is] 2022,” Gordon Robinson said. “I would buy them curtains if they took the flag down. That’s how much I’m against seeing that flag.”

White says the flag has many meanings, and for her, it’s a symbol of her family’s heritage.

“When it came to my family, we were trying to free the slaves as well. So it wasn’t just about us. It was about everybody,” White explained. “When it came to fighting against those who were trying to oppress us, we took that flag, and we fought back. We use that flag as a sign of our freedom and the freedom that we wanted from our government.”

Gordon Robinson visits the Robert Johnson Community Center every week and says the flags don’t belong in the community.

“I’m a Black man in America. I’ve been through the racial profiling. I’ve lived in the South, where we were totally disrespected. And that is a symbol of that disrespect,” Robinson said.

White also explained that people need to acknowledge the mistakes of their ancestors and move on toward healing. She says that the people who are offended by what she calls the “Rebel flag” don’t understand its meaning. She hopes that people can understand that the flag is not meant to disrespect anyone but is displayed to show the pride of her southern heritage.

“That’s what most people don’t understand. They think the south is Georgia, and Alabama, and Florida, and South Carolina, and Tennessee, and stuff, but it’s not; it’s below the Mason-Dixon,” White explained. “And I know that a lot of people don’t respect the rebel flag because it has a bad image, but that’s the image I’m trying to change. I’m not saying that it wasn’t bad because it was back then, but with a past like that, and I can say that because I have a bad past, you have to learn how to move on from it.”

White also feels that there are people who are preventing others from moving on and learning from the negative associations of the symbol.

“Honestly, it’s more white people now that view the rebel flag as evil than there are colored people,” White said. “I’d say the only people who have an issue with it are the ones who don’t understand it.”

White says she has no intent on taking the flags down and hopes people will understand her interpretation and personal sentiments of the flags.