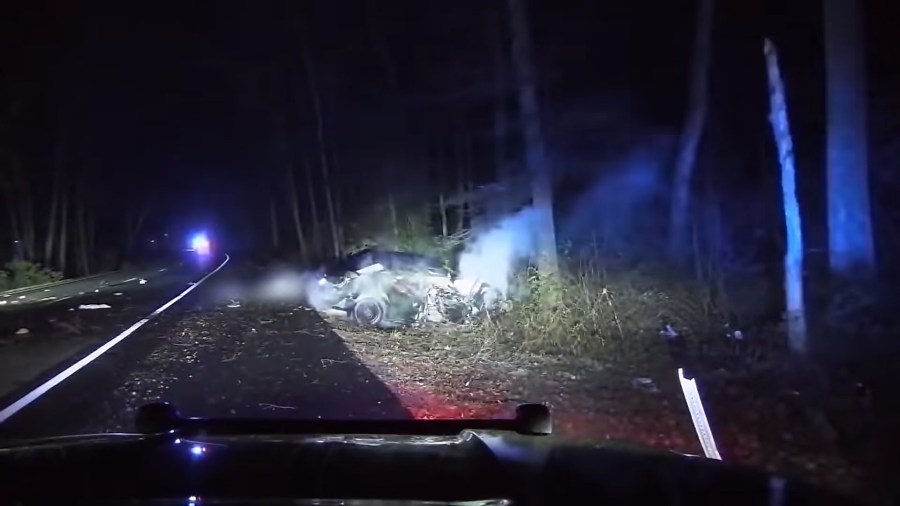 CHARLES COUNTY, Md. (WDVM) — On Jan. 20, a police chase in Charles County turned deadly when the car lost control and crashed. Maryland’s Office of the Attorney General released the footage of the incident and the deceased’s identity on Wednesday.


Officers need help in finding a shooter in Montgomery County

This dashboard camera video shows an officer following a Toyota Camry, which police say failed to obey a traffic stop. The Camry eventually crashed on the side of St. Charles parkway.

Video taken from another responding officer’s car shows an adult man leaving the car and escaping into the woods. The other occupant, now identified as 52-year-old Inga Person of Washington, D.C., was pronounced dead on the scene.

The incident is still under investigation.

Take a look at the most expensive home in Ocean City, Maryland

Complications during pregnancy linked to risk of heart disease